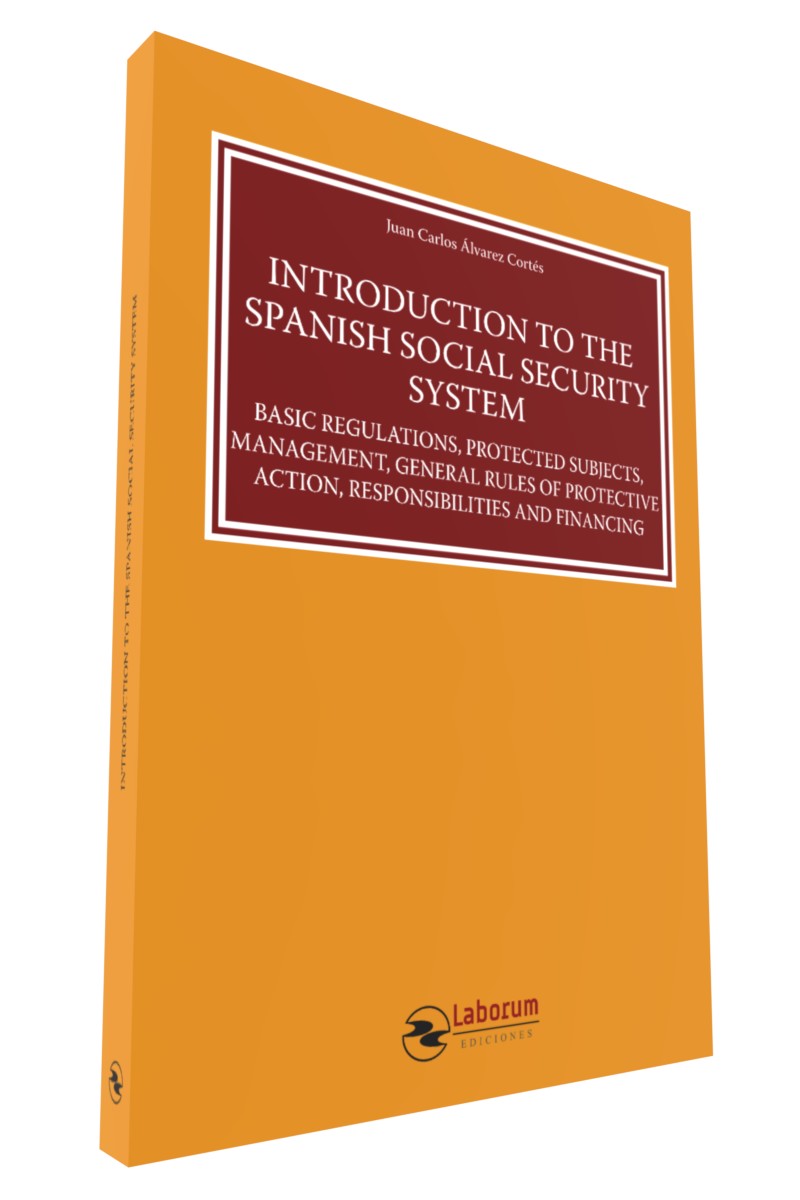 The book presented is the result of several years of teaching the subject of Social Security «in English» at the Faculty of Social and Labour Studies of the University of Málaga.

Together with a more generalist version for foreign students published online, this version is intended for the study of Social Security for Spanish students who will probably be working in Spain. Therefore, we believe, it must be sufficiently broad and developed for a good knowledge of the Social Security subject by the Spanish students who will later develop their work activity in Spain.

As the Social Security systems are a different reality in each country, not only in their conception but also in their design, it is difficult to find in comparative law some benefits that are common or similar to the Spanish ones (for example, benefits for the care of children with cancer or permanent non-disabling injuries) or a list of common or similar requirements for access to benefits. This undoubtedly makes translation difficult.

But it is not only the difficulties encountered in the translation of the framing acts, it is also the legal aspects of the contribution or labour issues that have an impact on the level of social security contributions.

Everything becomes more complicated when the Social Security administration itself on its website offers various translations for the same situation and even in the documentation published in English in MISSOC of the European Union, certain terms are translated differently than by Spanish entities and even differ from the official translations of texts of the European Union itself. In such cases, it has been explained in a footnote why one of the several possible terms has been chosen over the others.

Another problem the translators have encountered has been the translation of the name of the entities that manage the Social Security. In a first version, such names were translated into English, but we realised that it was more beneficial for Spanish students to record the proper name of such entities in Spanish (regardless of the initial translation of the entity’s name in English) and to keep the entity’s acronym as used in Spain, and this is explained in each of them and in the list of abbreviations.

Finally, it should be remembered that there are important differences between British English and American English. We have chosen British English because of our proximity to that country and culture and because most of the students consulted have completed their training in the English language in the United Kingdom.

We are aware that there will be translation errors or issues that have not been well resolved due to the difficulty of the subject, so we apologise and hope that in future editions we can improve the translation.

This website uses cookies to improve your experience while you navigate through the website. Out of these, the cookies that are categorized as necessary are stored on your browser as they are essential for the working of basic functionalities of the website. We also use third-party cookies that help us analyze and understand how you use this website. These cookies will be stored in your browser only with your consent. You also have the option to opt-out of these cookies. But opting out of some of these cookies may affect your browsing experience.
Necessary Siempre activado
Necessary cookies are absolutely essential for the website to function properly. This category only includes cookies that ensures basic functionalities and security features of the website. These cookies do not store any personal information.
Non-necessary
Any cookies that may not be particularly necessary for the website to function and is used specifically to collect user personal data via analytics, ads, other embedded contents are termed as non-necessary cookies. It is mandatory to procure user consent prior to running these cookies on your website.
GUARDAR Y ACEPTAR